Science, art, design, and science communication rub up against each other in a kind of productive friction that is expressed in many forms.

Part of this friction is because each of these fields has its own forms of knowledge, modes of thinking, and community of practice. Yes, there are overlaps, similarities, and entanglements but there are undeniably differences, distortions, and even occasional altercations.

Many artists will vehemently defend the idea that science art is distinct from visual science communication and similarly draw a strong distinction between art and design. Some will take the position that art is more evocative than communicative. Or that its semiotic function is more significant than its content function.

Many scientists view art as a tool to be used to communicate, often conflating art with design. Some view science art as the aesthetic mixed with the empirical. Some feel that what is being said is more important than how it is said.

Some of us identify as neither scientist nor artist, some of us as both.

These statements are, of course, generalisations that are provably false in any claim of universality. But these statements of difference provide tools for probing the positions we take due to our experience, education, and location within professional and cultural circles. We can note that these differences arise partly from looking at these fields through different lenses.

The works selected here span forms, modes, and communities.
Each work separately can be viewed as both science art and as
visual science communication, but the placement will not necessarily be consistent for different people. How we see these works is not inherent in the work. This observation evokes Barthes’ “death of the author” applied to the visual, although his claim of irrelevance of the creator’s intent is probably a bridge too far for many of the people who will engage with this exhibition.
But it is clear that how we “read” a visual creative work depends on the reader, and as it is with science, there is value in teasing out the way our worldview informs our understanding.

Through all of this, we find places where art and science coalesce. Some similarities come in when we consider that both science and art are ways of knowing and create knowledge systems. This is not to claim, as some have, that reality is contingent or socially constructed. Philosophy does come in, but at a more nuanced level, although neither a typical science education nor art education engages with its complexity.

The philosophical position of critical realism can be useful for understanding this interplay. It combines an ontological realism with an epistemic relativism. That is, it accepts an underlying reality of existence but acknowledges that it becomes known, studied, and understood via social and cultural processes. That description doesn’t serve the nuances of the philosophy at all well, but it is a starting point. It is a philosophy that neither scientists nor artists default to, in part due to the fact that philosophical stances within fields tend to be culturally determined rather than exhaustively interrogated. 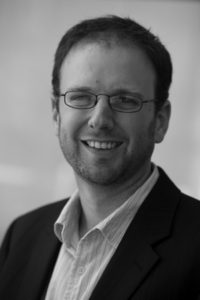 The Art of SciComm > Image exhibits